Adani Stocks Crashed – Is It Time To Buy or Big Down Move Starting? 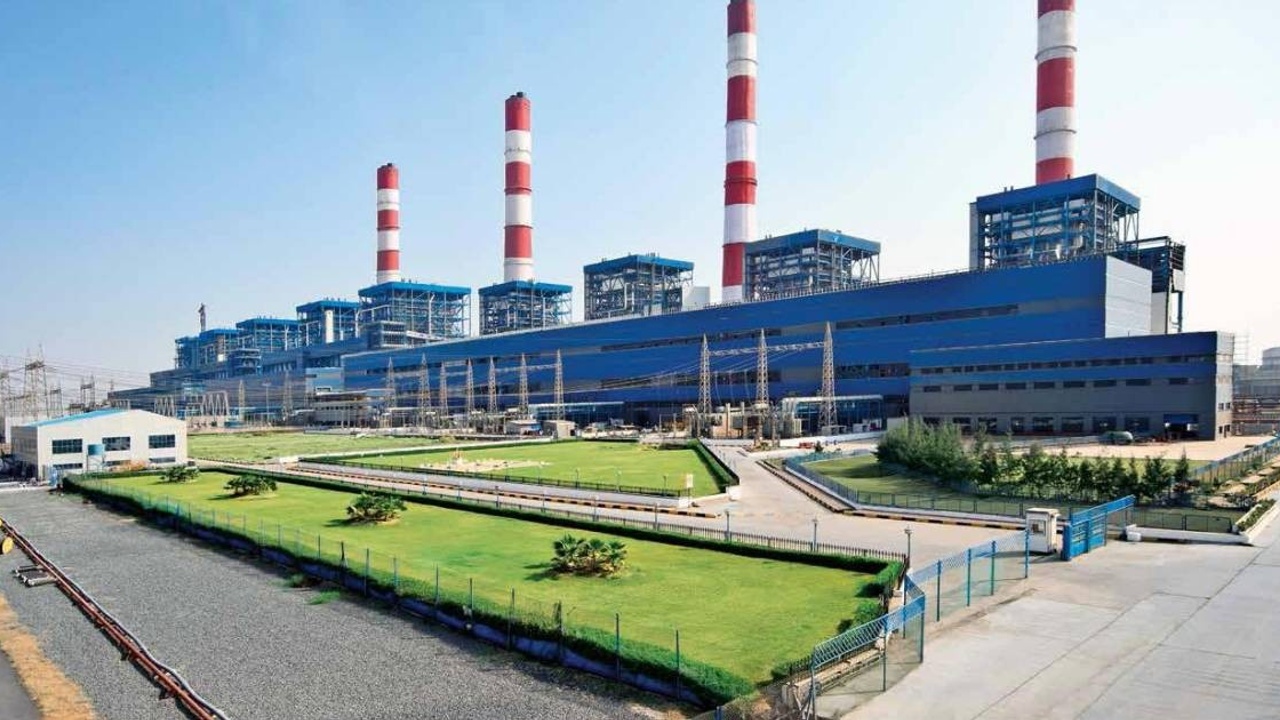 Adani Stocks crashed but is it just a temporary fall or bigger degree correction is underway! Following is the news –

“National Securities Depository Ltd (NSDL) has frozen the accounts of three foreign funds — Albula Investment Fund, Cresta Fund and APMS Investment Fund — which together own over ₹43,500 crore worth of shares in four Adani Group companies. These accounts were frozen on or before May 31, as per the depository’s website. The freeze on the three accounts could be because of insufficient disclosure of information regarding beneficial ownership as per the Prevention of Money Laundering Act…”

Now that there was trigger and big correction across Adani Enterprise, Adani Ports, Adani Power, Adani Total Gas and many more let us pick up one stock – Adani Power and see if we see from the lens of Elliott Wave it can provide us better opportunity from trading perspective. 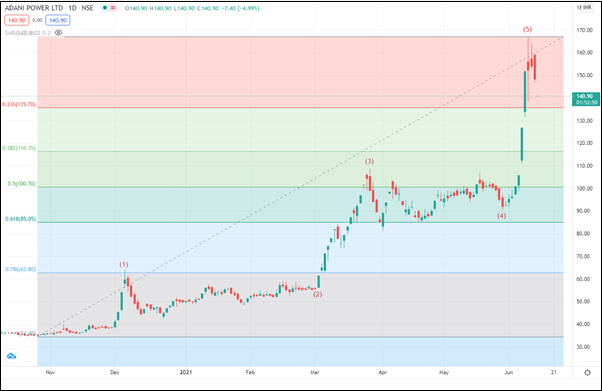 We can see on the daily chart of Adani power that that the rise is a clear 5 wave impulse structure which seems to have completed. This indicates that a bigger degree correction can start as the stock reversed on downside possibly on back of news but the pattern looks complete. After a 5 waves up we see retracement of the rise as per simple Elliott Wave technique.
Now a bigger degree correction can follow. Wave theory suggests that often the downside correction in an uptrend can end near the area of the prior degree fourth wave. Also, if we take the 61.8% retracement of the entire rise also lies near the low of wave (4).

A confluence of these two factors suggest that we could see a large correction towards 85-84 levels in Adani Power eventually.

We might be early to pre-empt this move but it is better to be out early than late when you are trading markets. Also if the stock breaks the high again we might see extension of the ongoing leg but unless that happens it seems there can be a bigger degree correction underway for Adani group stocks.

Upcoming Training – 3 Months of Mentorship on Technical Analysis – It is best to learn the techniques of market timing and trading in disciplined fashion with stock selection algos from Ashish Kyal, Author of International Book and see how by following simple methods and disciplined approach you can trade with high accuracy and consistency. Know more