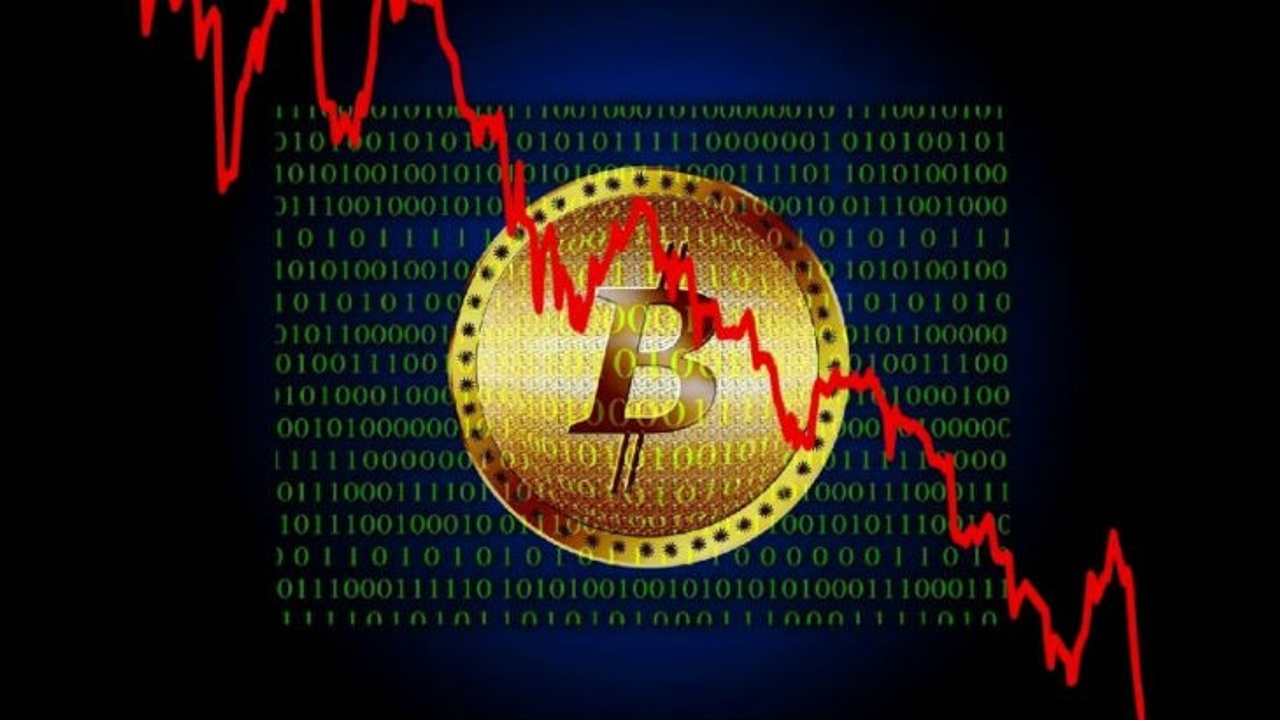 Bitcoin crashed by more than 30% followed by Ethereum, XRP down by 40% and Dogecoin well promoted by Elon Musk of #Tesla down by 45%. And yes this fall is single day crash across the Digital coins.

The news that is being said to be responsible for the crash – Beijing’s ruling that financial institutions must no longer accept cryptocurrency as payment sent the world’s biggest digital currency.

So do you really think that is what led to the crash or the charts suggested that a crash is imminent as soon as the support levels were broken. See below to get the answers for yourself: 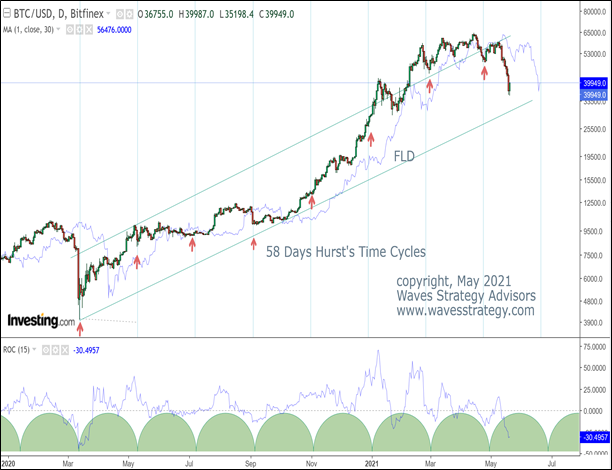 J. M. Hurst known as father of cycles have done a lot of scientific work not only in space of physics but also in application of Cycles on stock market. He identified a set of nominal cycles that is working across scientific field and can be extended to the cyclicality of freely traded assets as well. We will not dwell into the theory as of now.

We have applied 58 days Time Cycle which is in close approximation to the Hurst’s Nominal cycle of 56 days on BTC/USD. The same looks to be working extremely well and we can see everytime prices formed a bottom on this cycle day on most of the occasions.

In the recent event, the cycle low was broken near 48400 levels thereby suggesting that the major cycle has topped out and a crash is imminent. This low was broken on 13th May 2021. China news of asking financial institutions to stop dealing in crypto currency came only on 19th May 2021. Much before that itself the charts clearly suggested cycles have topped out and supports are broken.

Forecasting price targets using Time – Yes, this is yet another amazing concept that is explained as per Hurst’s Time Cycles by plotting a simple indicator known as Future Line of Demarcation (FLD) shown on the chart.

In a nutshell, Hurst’s Time cycles suggested enough proof much ahead of the crash that this crypto currency trend is reversing and prices have topped out for atleast a few weeks if not months. Anyone paying attention to this simple cycle analysis would have been able to trade this currency with amazing accuracy. Going ahead the top made near 59250 levels will remain protected until 20th June and any rallies can be used as shorting opportunity as the cycles remain in “Sell Mode”

Get access to daily Equity research reports consisting application of Elliott Wave, Time cycles and much more on charts of Nifty, Bank Nifty, Stocks and much more. Subscribe annually and Monthly research absolutely free along with it. Act NOW! Subscribe here

Master of Cycles – Time the markets to the very Day, hour and times to the very minute. Yes this is possible if one understands the science of cycles and it is Simple to apply. Join Master of Cycles (MOC) Live Event on 12th – 13th June 2021, Limited Seats, Early Bird Ends Soon! Know more here

3 Months of Mentorship – Be a part of our Trading Gurukul and learn the application of the important concepts for trading with consistency and accuracy. Were you able to ride the trend from 7511 on Nifty, FOMO – Fear of Missing Out results into impulsive actions exactly at wrong times, Avoid the pitfalls while doing Intraday Trades, a lot more will be discussed in much detail in this entire journey of Mentorship with complete Hands on experience and follow-up post that. To know more simply Contact +919920422202