Know Why Indigo is Trending today, Check the Ichimoku Setup

Indigo was suggesting the up move 10 days earlier its happening with the help of Elliott-Neo wave pattern along with Ichimoku confirmed the positive direction up move. In today’s session the stock has gained 5% till now check the research below to capitalize on such trending stocks in well advance.

Ichimoku Cloud has been one amazing technique that combines various aspects of advanced studies together. It not only helps us to clarify the wave counts but also provides the cyclicality and trend following method. 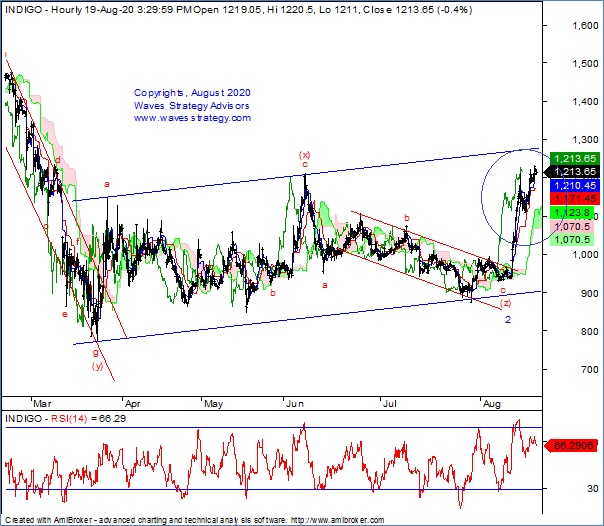 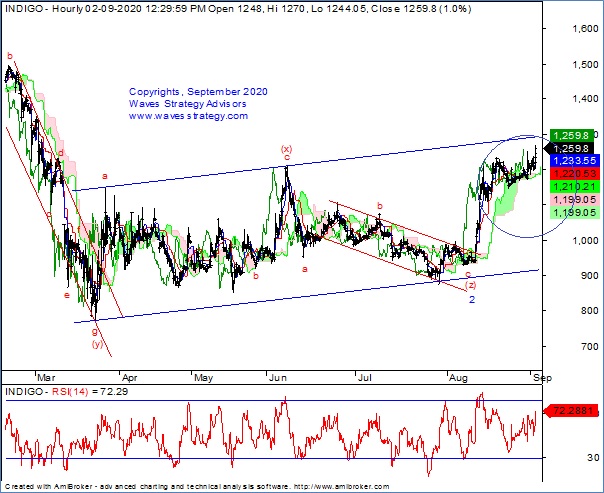 Know Why Indigo is Trending today, Check the Ichimoku Setup

Elliott Wave analysis: Following was mentioned on 20th August when the stock was near 1213 levels.

As shown on the hourly chart, as per wave perspective wave 3 seems to have started on the upside as price retraced the last falling segment in faster time the first leg on the upside is currently ongoing within wave 3. As seen on Ichimoku cloud, the stock has moved on higher post breaking above the prices. Since prices are placed above the cloud and also above base and conversion lines indicating positive bias to continue.

In short, the overall outlook for Indigo will remain positive use pullback as buying opportunity as long as 1150 support intact for the move towards 1270 levels.

Happened: Indigo has showed precise movement as expected and suggested by Ichimoku cloud and Wave counts. The stock today’s intraday high made exactly near 1272 levels. These levels were fore casted weeks ago even before its happening using basic and advance technical methods as you can see in above research.

Next Mentorship starting from November 2020: I will be discussing all of the above methods on how to identify patterns and combine them with important indicators and Elliott wave, Neo wave theory, Hurst’s Time cycles. Only limited seats, Register now