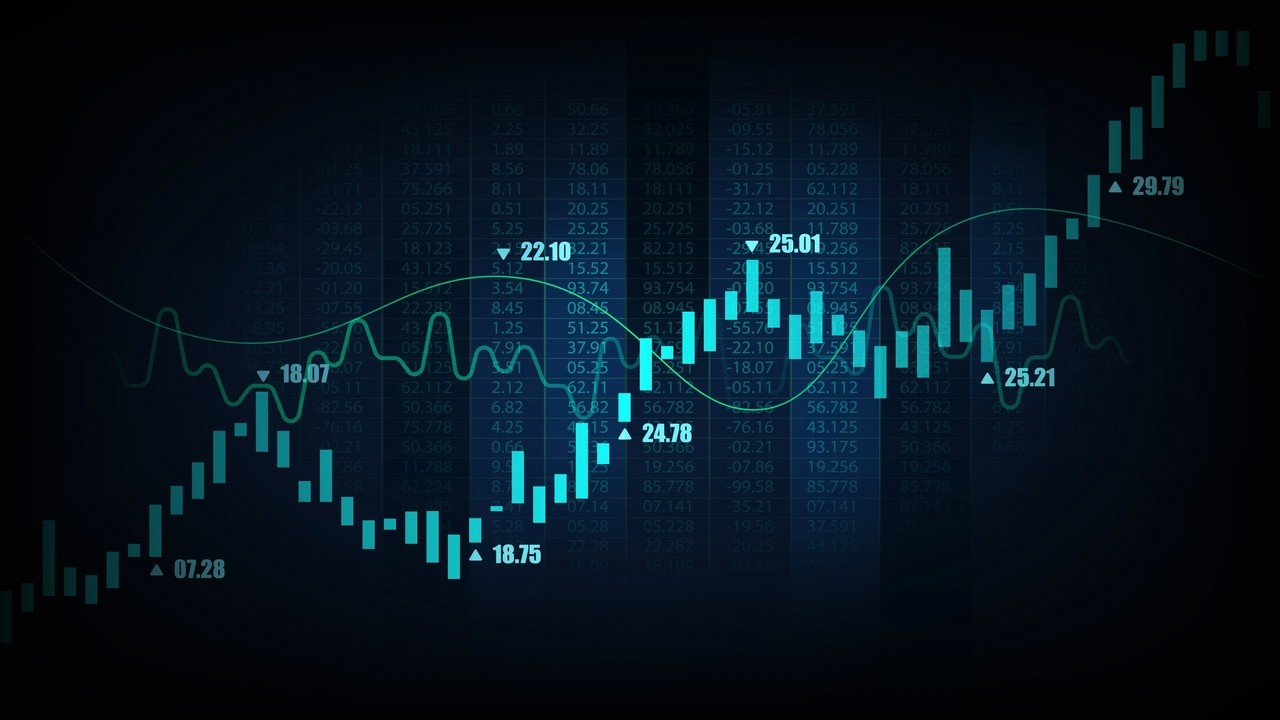 Nifty has shown a crash of more than 640 points since 22nd November 2021 and were able to capture most of it. 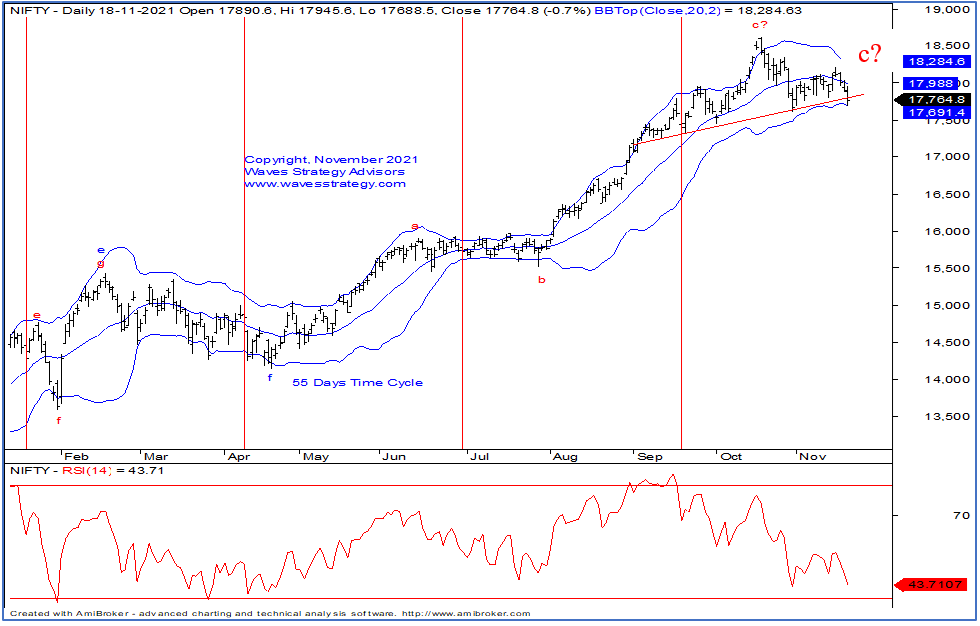 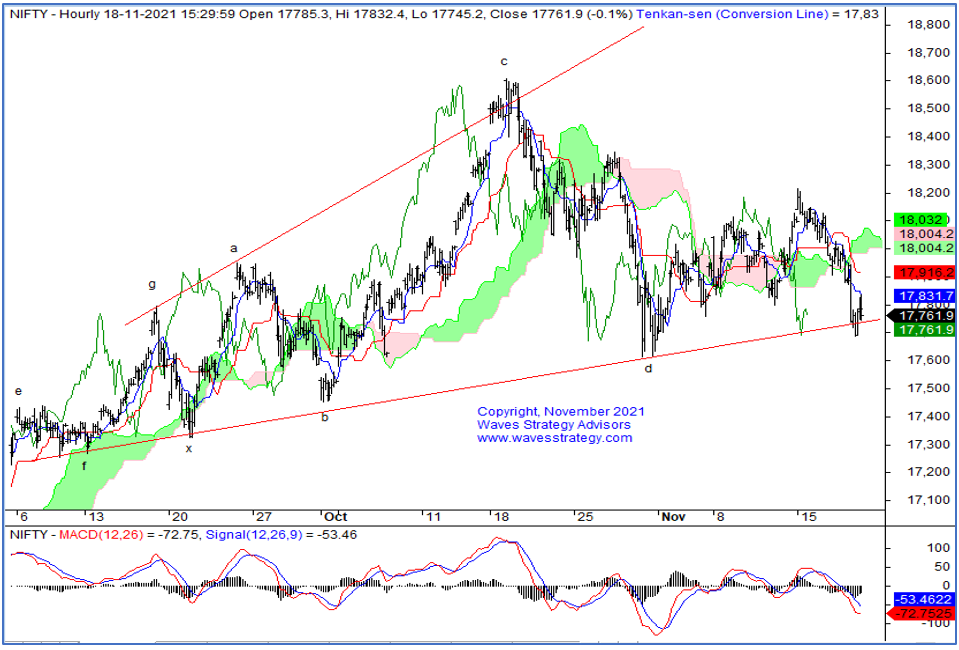 Wave analysis: Following was mentioned in the morning research report before  markets opened

On the daily chart, it is for the 3rd consecutive session wherein prices have formed bearish candlestick pattern. As per bar technique, it is failing to move above the highs of prior bar, so as long as this continues, daily bias will remain on downside. As per this, 17945 is the important resistance. Now prices have approached towards the neckline of the Head and Shoulder pattern and at the same time it is testing lower Bollinger bands. Thus any close below 17700 followed by violation of prior swing lows of 17613 level will form lower highs  lower  lows pattern and suggest further weakness is building up.

On the 60 mins chart, prices have taken out the last leg of down move below 17798 levels and closed below the same. This suggest that minute wave e of Neutral Triangle Pattern has completed at the highs of 18207 level. Further confirmation of the same we will get below 17613 level. It has also violated the Ichimoku Clouds which is a sign of negativity whereas Bollinger bands has expanded on downside which indicates trending move on lower side is ongoing. One can use middle bands as an immediate resistance point which is placed at 17900 level. On higher side, 18130 will act as the big hurdle now. 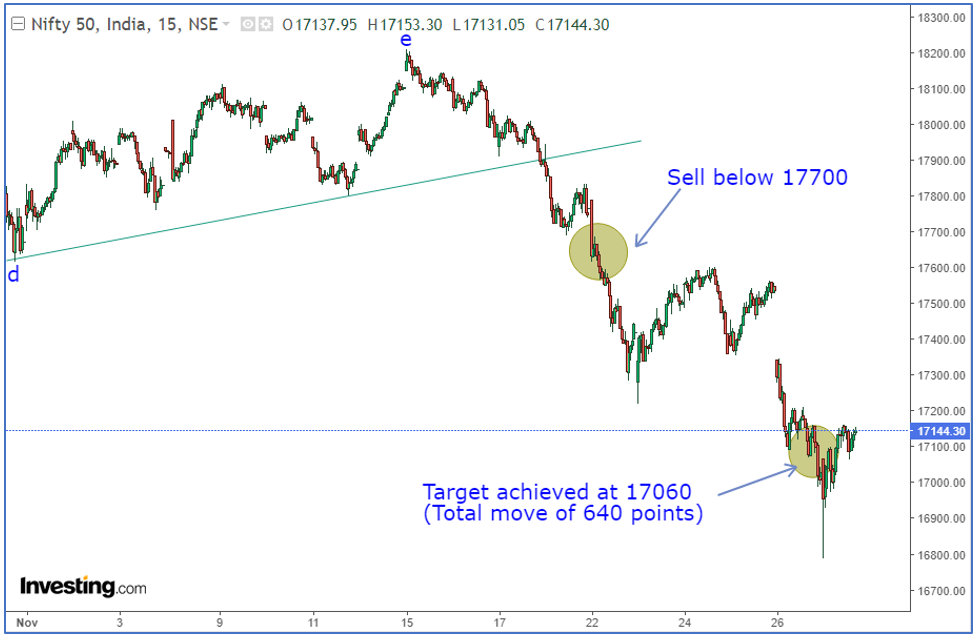 Subscribe to Nifty, Bank Nifty, Stock calls and get research reports free along with it. Ride the ongoing trend and this can be the start of a Bear market – Act now, subscribe here

Time Traders – Our Mentees and subscribers were already aware about such possibility once the key support level breaks and they are placed in the right direction of the market, but are you with them? Get onboard for the Become Market Wizard (BMW) Season 3 which focusses on Option Trading using Technical Analysis (OTTA) and Master of Waves (MOW). Trust me only Elliott wave and Time techniques can help you to forecast markets and today’s move is classic for any trader to make most out of it. Do not miss out on this move, Learn and Trade. Know more here