Nifty is moving in a lackluster fashion 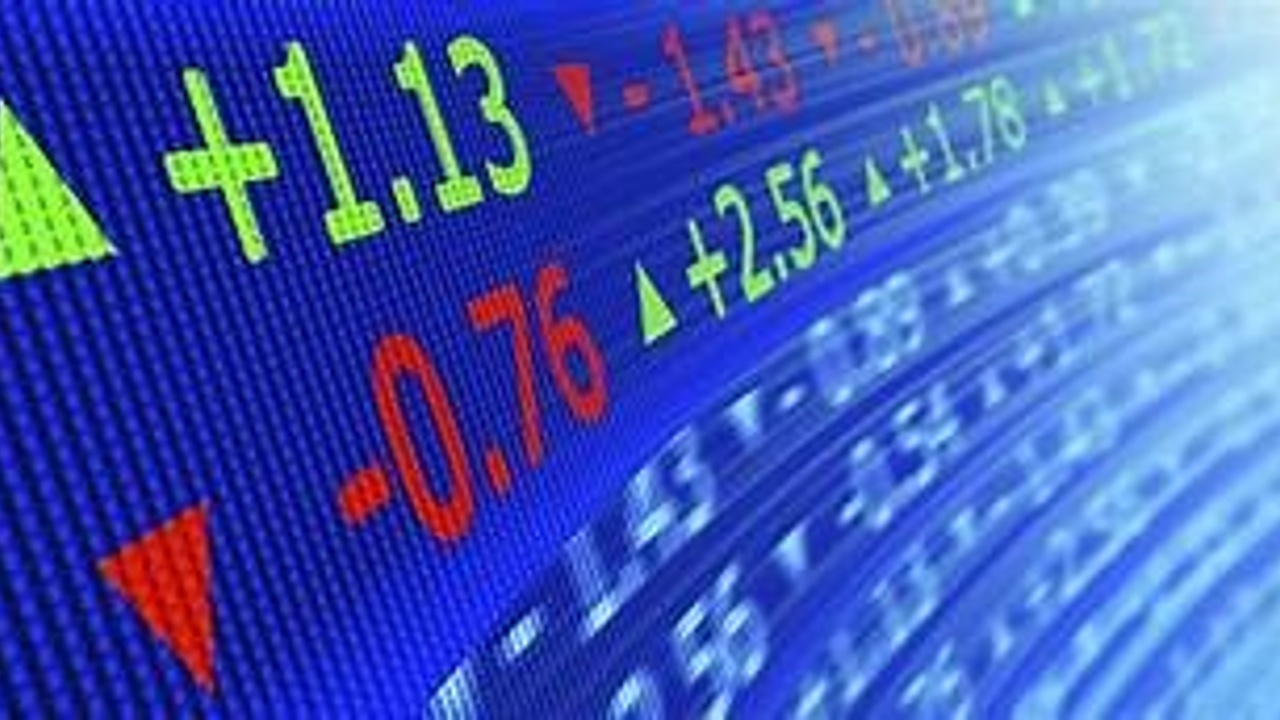 Nifty opened with a gap up of 40 points. Initially Nifty rallied and made a high near 15111 levels after which selling pressure kicked in. Overall Nifty with a minor gain near 14956 levels. The market breadth was bullish with 1729 advances against 1415 declines. Sector indices closed on mixed notes showing indecision in the market. 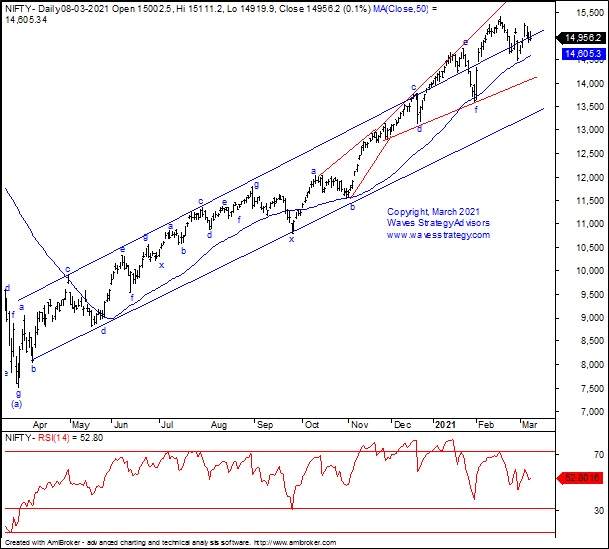 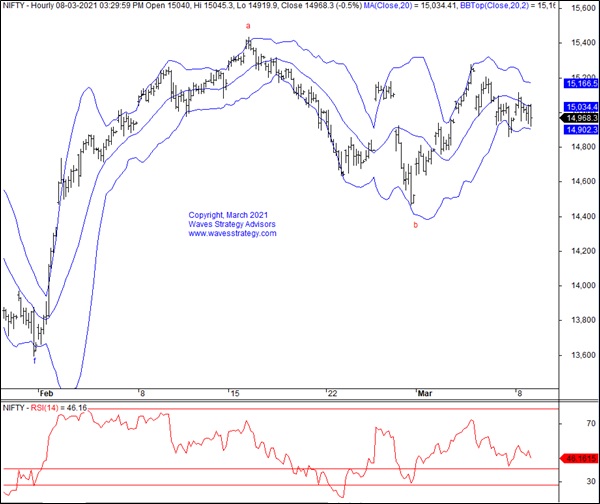 On the daily chart Nifty formed a Doji like candle with a large upper wick which indicates price rejection on the upside. Price broke above the prior day high in intraday but could not sustain above it on closing basis. Hence as per bar technique the short-term bias continues to remain bearish as long as price does
not close above the prior day high. Price continues to hover near the channel resistance. Overall Bank Nifty has continued to remain a laggard and in the previous session the financial services index contributed the most to drag Nifty lower.

On the hourly chart wave c (red) within wave g(blue) is currently unfolding. Price is moving in a lack luster fashion over the last few sessions. During such times we can use the Bollinger bands to trade reversals near the band extremes. An hourly close outside the Bollinger band extremes can result into a trending move in the direction of the breakout. Until then price can continue to trade within the range of the bands which is currently 15165- 14860. It’s best to avoid positional trades until a clear trend emerges.

In a nutshell, Nifty continues to move in a lackluster fashion. Price consolidated in a range between 15165-14860 levels. A decisive break out of this range is essential for a trending move in the direction of the breakout.

Trade with an Edge using these advanced methods but in a very simple way. Mentorship of Technical Analysis starts on 13th March 2021 which will focus on things every trader should know with prudent volatility based risk management, money management strategies, Intraday to Positional Trade setups and much more. Register NOW here or Whatsapp on +919920422202