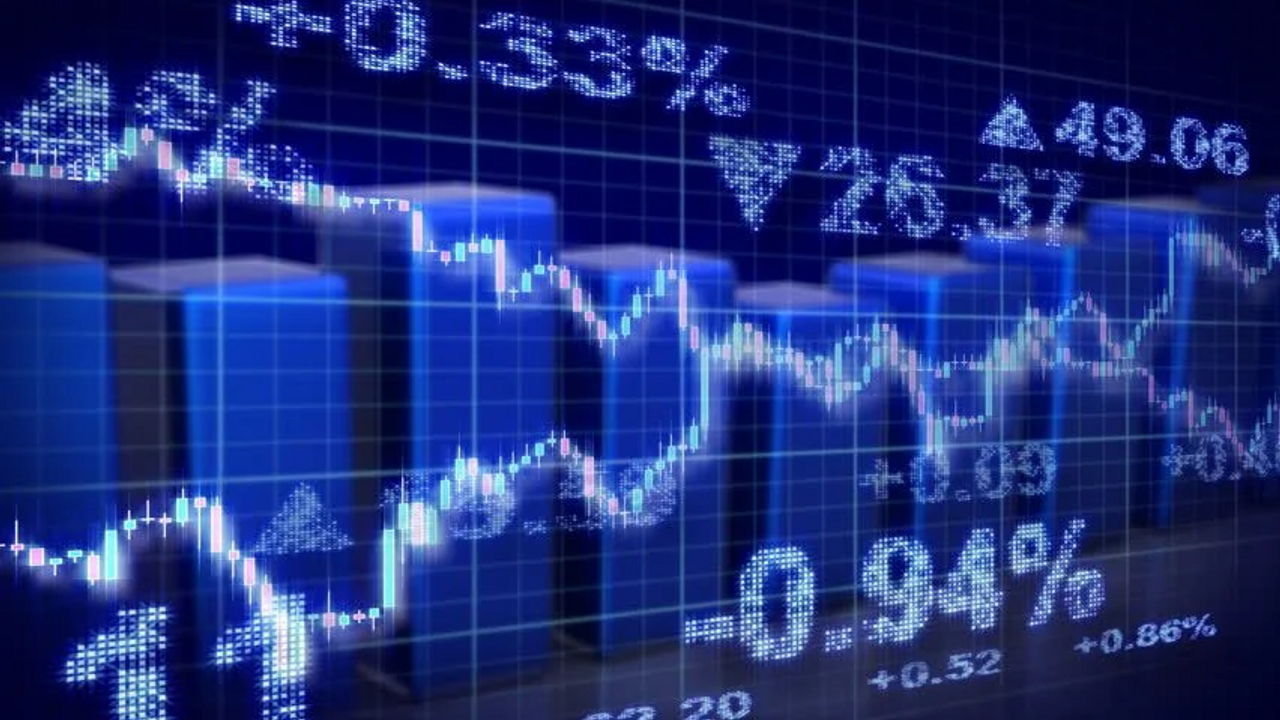 Neo wave is an extension to Elliott wave but with more set of rules and patterns to make the entire theory more objective and less subjective.

We combine Neo wave with Open interest profile to understand what is the big players trying to do and the option sellers are active at which specific strike prices.

See below chart of Nifty along with Open interest for call and put sellers. We look at OI from sellers perspective because they are the risk carriers and if prices move beyond their expected levels they will have to cover their positions resulting into further trending moves. 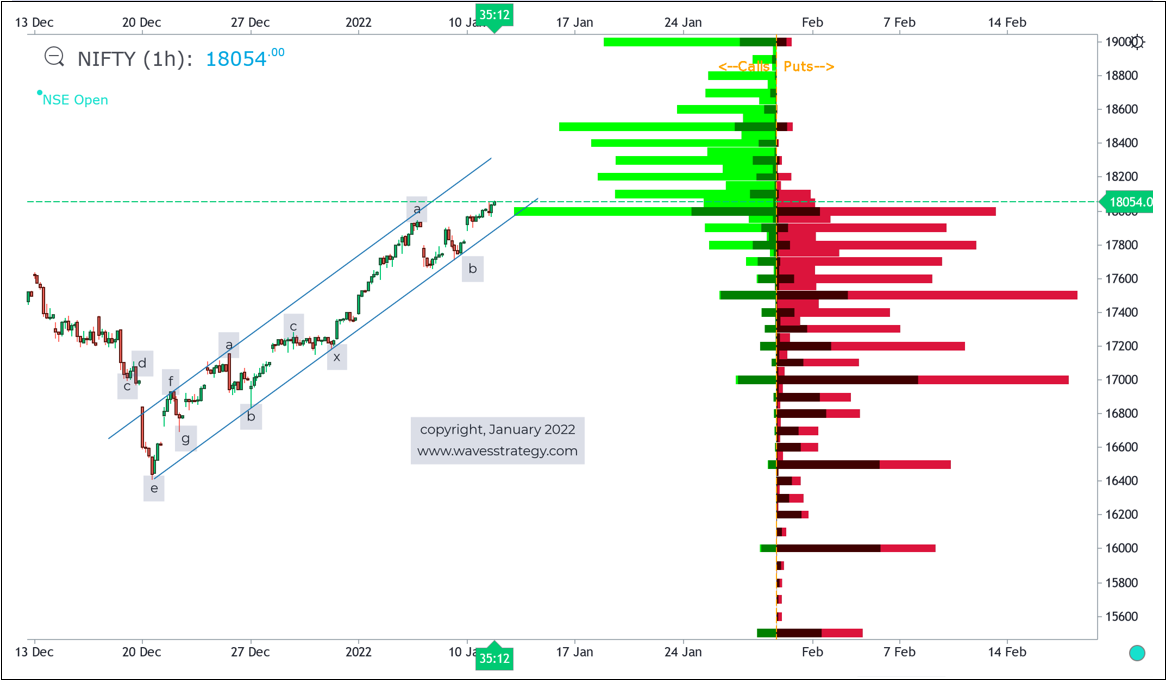 Neo wave analysis – We are showing Neo wave markings above on Nifty. This is different than the Elliott wave labels shown earlier. But the outcome is more or less similar. We can see that prices are currently in wave c of second corrective pattern. As wave b consumed lesser time as compared to wave a the overall pattern can be either a diametric or a triangle. As in Zigzag and Flat both patterns wave b should take more time compared to wave a. As we are in wave c the first target near 18042 is achieved and now further move above 18100 is required to push prices higher. Failure to do that might keep prices in a range with low of wave b near 17704 is the crucial support. The near term support is at the gap area of 17900 levels.

Open Interest analysis - Call & put sellers both are active at 18k strike. We can clearly see sharp rise in OI buildup on both sides represented by change of fluorescent green and red color. Seems like short straddle is in play indicating option sellers are writing or selling both calls and puts of same strike price at 18k. Now a deviation beyond 18100 is required for call sellers to start covering their positions. It is best to keep riding trend for positions carried forward on long side with 17900 immediate support.

In a nutshell, one can combine simple Open Interest analysis along with Neo wave to form Option trading strategy and keep riding the trend when majority are thinking what is going on but a wave practitioner is ahead of the curve and can predict what the future can probably be and form strategies accordingly.

Master of Waves – Be among the Elite traders and trade in sync with FIIs, DIIs and big players by seeing what they are doing. Yes, it is possible to understand their behavior by looking at Elliott waves and Open Interest analysis. On 15th – 16th January 2022 we will be covering Trade Setups using Elliott wave, Neo wave, Ichimoku Cloud and Time tools. Do not miss out on the next big trend – Fill below form for more details