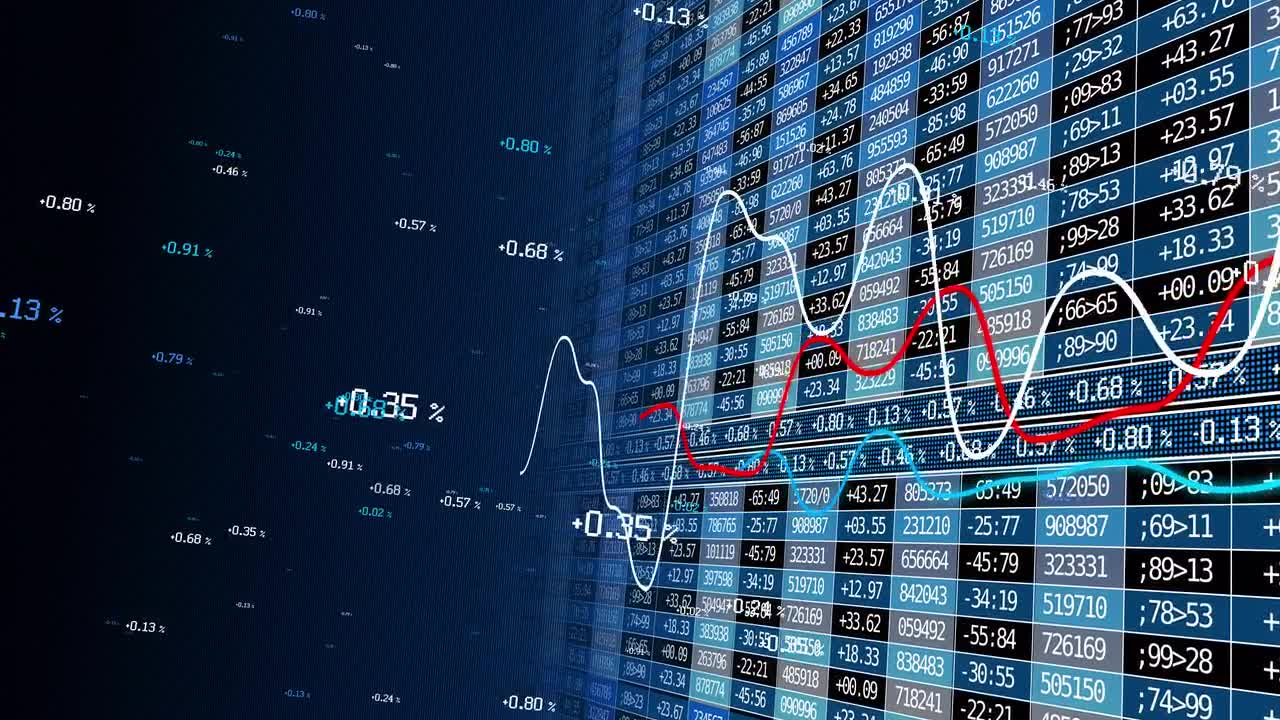 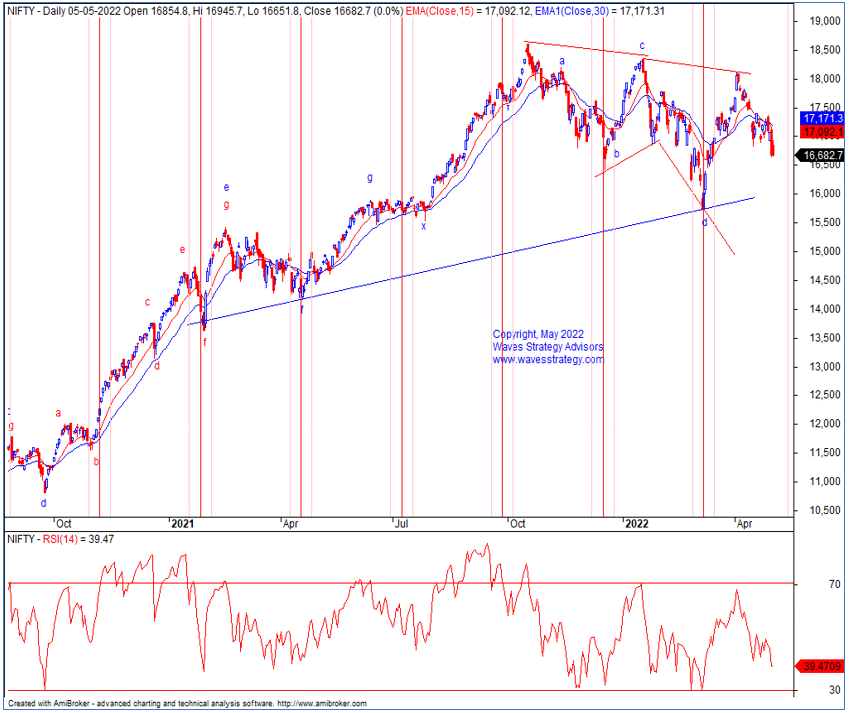 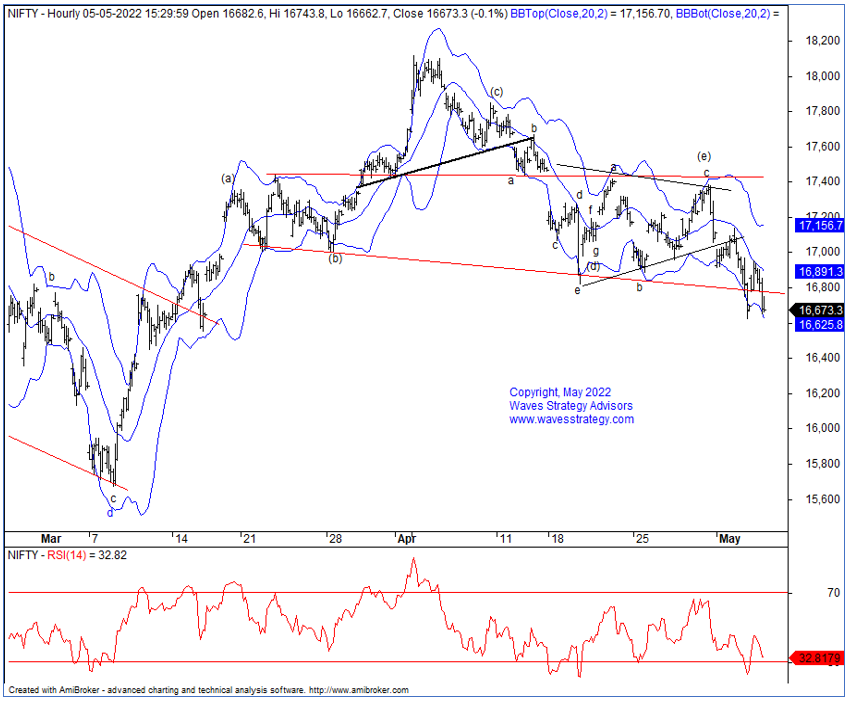 Wave analysis as we published on 6th May 2022

On the daily chart we have applied 15-Day and 30- Day Exponential Moving Averages. As crossover has happened which suggests that overall bias will remain bearish as long as above lines are protected. This suggest that the overall bias has shifted towards the negative end.

As shown on the above hourly chart, prices are trading towards the lower end of the Bollinger bands in which mid bands has been acting as resistance. However, this suggest that, we can witness a pullback towards the mid bands. Currently, wave (e) of triangle pattern has been completed and sharp reversal has been seen on the downside. This suggest that the consolidation is over and the down move is starting. The pattern is also similar to topping Head & Shoulder with the neckline near 16750 is broken. However, any move below 16600 levels can accelerate further selling pressure on the downside.

In a nutshell, after the gap up opening Nifty lost all its gains and settled near its pressure day level. The overall bias still looks weak. Any move below 16600 levels can accelerate further selling pressure on the downside. 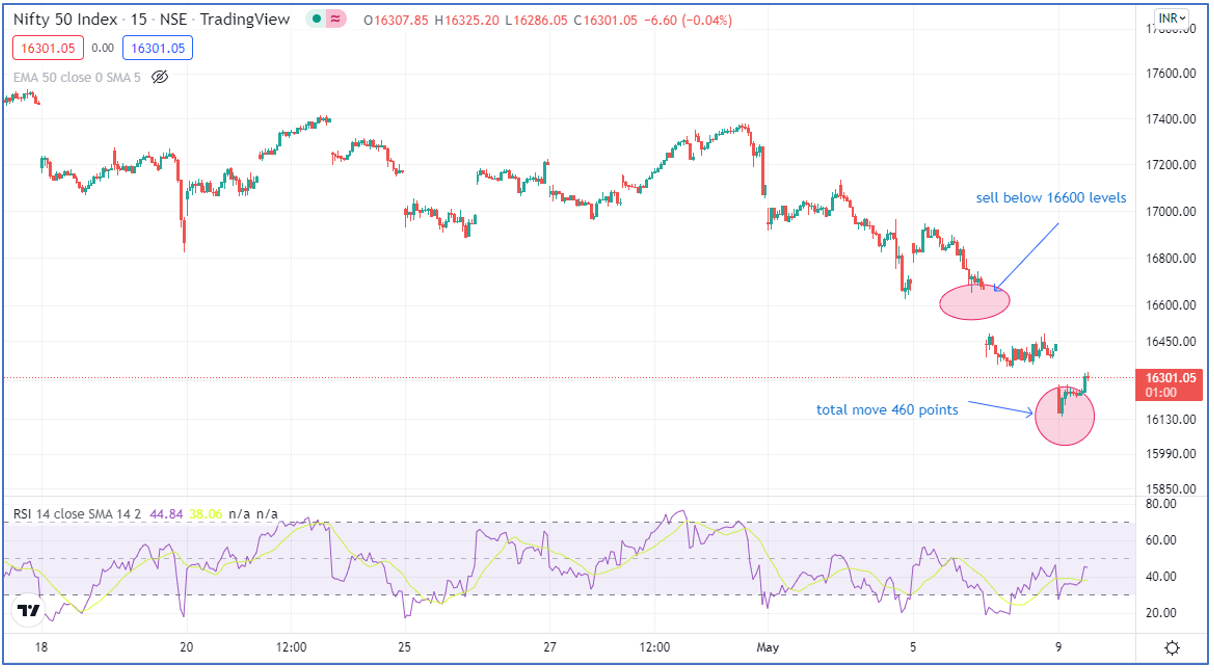 Happened: Earlier in the report, we had mentioned that the trendline has broken and so a further selling can be witnessed. In both trading session, Nifty had a gap down opening and have shred more than 460 points. Further, Nifty made a low of 16142 levels!

Subscribe to Nifty, Bank Nifty, Stock calls and get research reports free along with it. Ride the ongoing trend– Act now, subscribe here

Master of Waves Season 3 - Learn Trade setups for Intraday to Positional on Stocks, Commodity, Options using Neo wave and Time cycles. This is simple method provided you understand it from someone who has been practicing it for years. Be a part of the Elite Traders community #TimeTraders and time the market like a pro. 2 days of Live event on 28th – 29th May 2022, Early Bird ends on 10th May, Limited seats only, register now over here