Sensex to reach 61000 Predicted by Time Cycles 8 Years Back! Believe It! 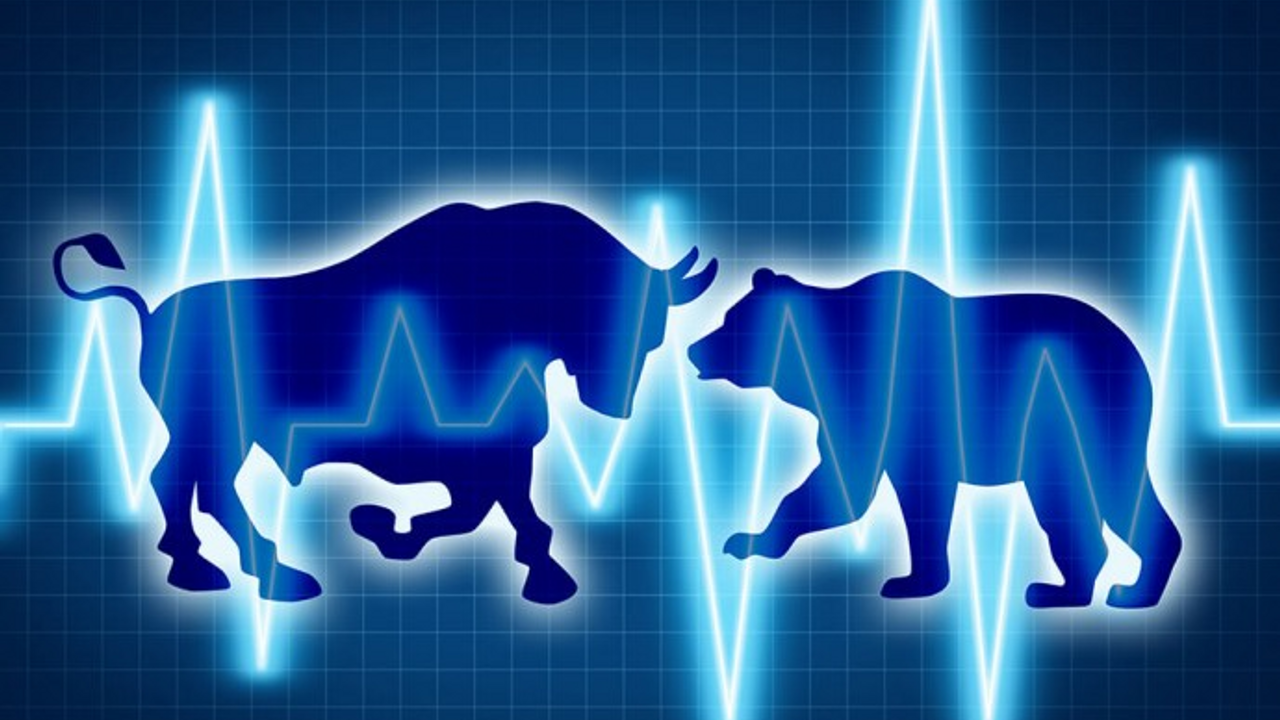 Yes, This is something that looks unbelievable but see the below charts which was shown in the research in the Year 2013 when Sensex was near 19000 and Bank Nifty was near 12000 levels. 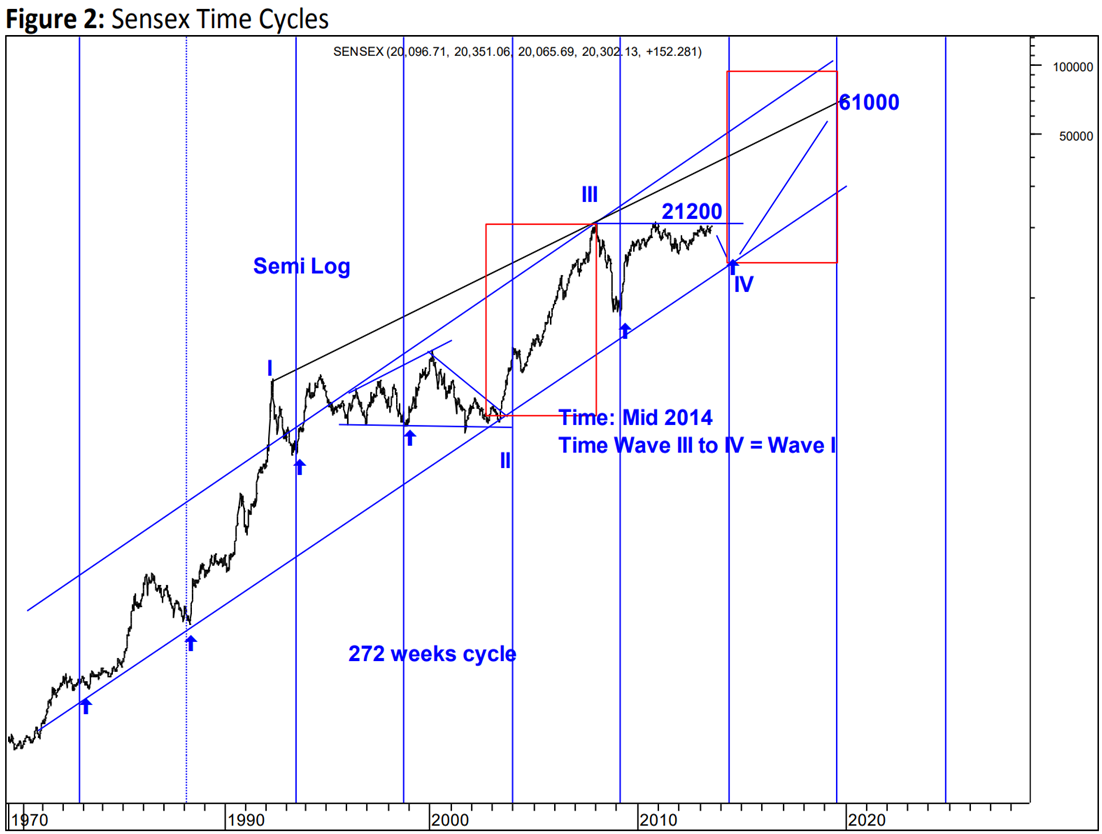 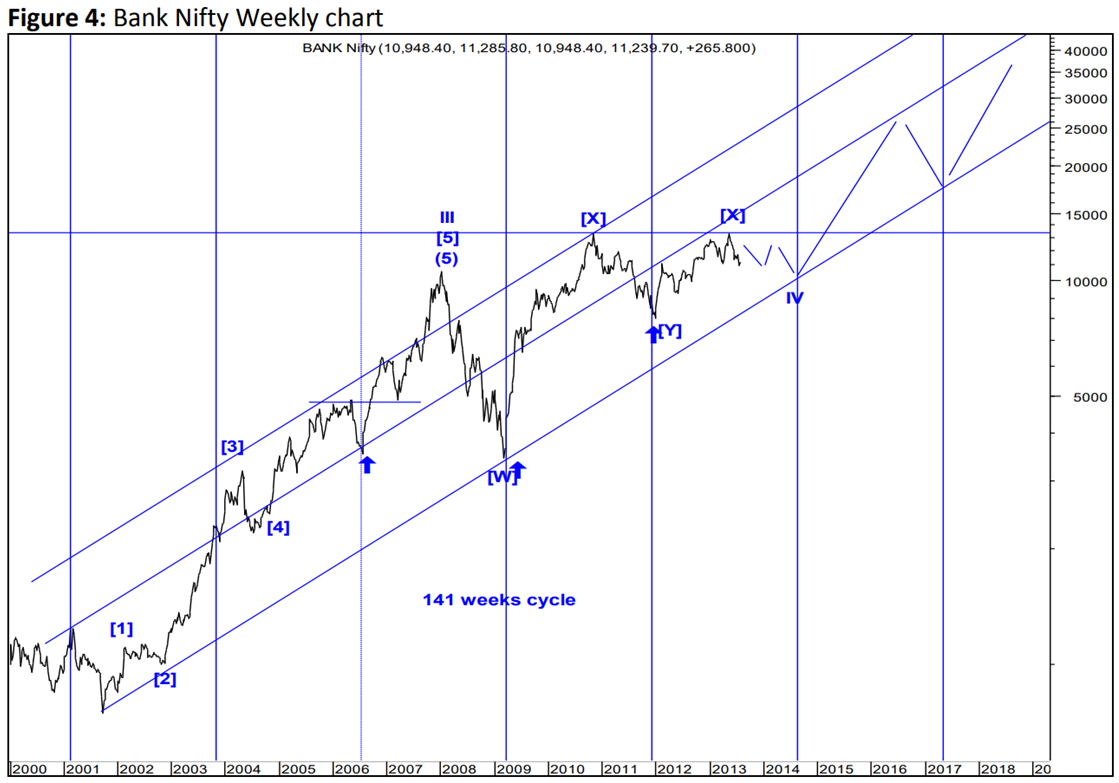 Sensex Happened as on September 2021 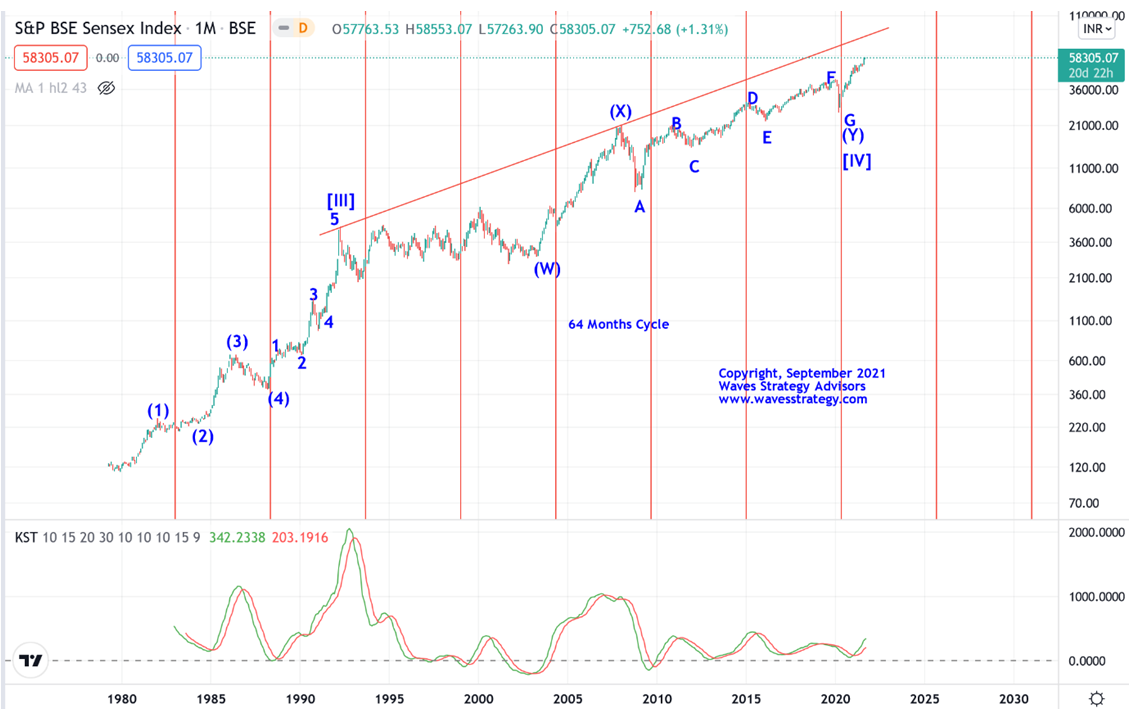 Following was mentioned in the year 2013-

The target of 61000 is not overly optimistic. We have seen history, when from near 3000 levels Sensex rallied to 21000 i.e. an increase of 7 times in little over 5 years, Sensex was launched at 100 in 1979 and touched 21000 in early 2009 i.e. an increase of 210 times in mere 30 years. Such exorbitant value creations simply dwarf our estimation of 61000 in 6 to 7 years. At this juncture, the conjunction of Price and Time given by the above methods is compelling. It will be at this level of by mid 2014 that the market will by ripe to ride the next wave of bull trend on upside!

Following was mentioned for Bank Nifty in the year 2013

On Bank Nifty, the level of 26,000 & 40,000 might sound irrational or crazy at this point of time. But history shows that things that seem far of reach are still plausible if you apply objective techniques. The below chart itself shows that in 2002 Bank Nifty was trading at 900 levels and by end of 2007 it quoted at 10,000 levels. This is the power of a Bull trend. Bank Nifty increased multifold from 900 to 10,000 i.e. more than 10 times in 6 years. In 2002 when index was at 900 if someone would have predicted 10,000 people would have rejected that on the face and would have used the word “Crazy”. In 2009 March Bank Nifty was near 3400 level and by November 2010 the index touched 13300 levels i.e. a rise of almost 4 times in less than 2 years. But history of world markets let alone India has from time & again showed power that Bull trend has. In world financial markets everything that seems logical from fundamental perspective might not be so and everything that looks impossible might be one of the highest probable outcomes!

Happened: Sensex touched near 60400 and Bank Nifty touched high near 38400 in September 2021. The above shows that we are off only by a few months that too it was mentioned that 27 weeks delay is possible and here we are now BANG ON! Both these indices moved precisely as we expected despite of various events including Mr. Modi win in central Election, Demonetization, Trump thrown out of power, Pandemic of 2020, tensions between China and India, Crude turning negative in year 2020 and many more such events.

In a nutshell, above clearly showcase that there is power in Technical analysis, Elliott Wave and Time Cycles to forecast right from years to the very minute and if one applied it correctly can forecast the fate of stock market despite of the fundamental scenario and dooms day that prevailed during Covid-19 pandemic, But our targets are almost achieved now predicted 8 years back, Thrilled Yet!

3 Months Mentorship on Timing the Markets - Learn to time the market and trade with me for the period of 3 Months including Live trading, stock selection, Momentum, and Multibagger stock identification, Timing the entry to the very Day, Hour, and Minute using Time cycles and Elliott Wave analysis. Early Bird ends on 25th October 2021. Get access to MOC as soon as you register for Mentorship, Contact +919920422202 for more details