In Yes Bank the simple channel technique enabled us to identify that price is about to resume the downtrend as it started reacting to the channel resistance level. Of course without Elliott Wave theory we could not identify the price structure that the next leg will unfold on the downside. 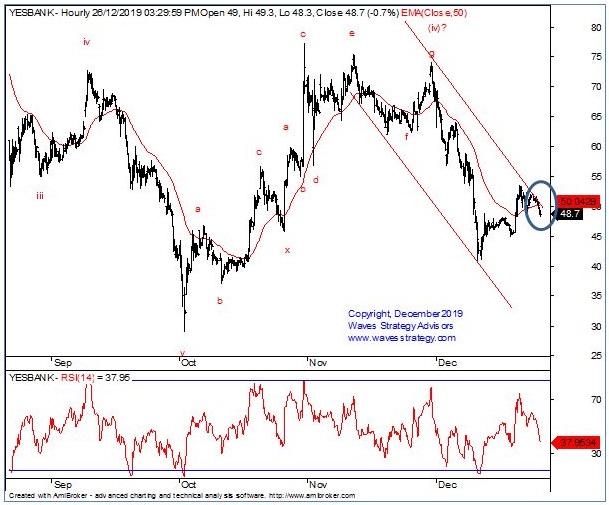 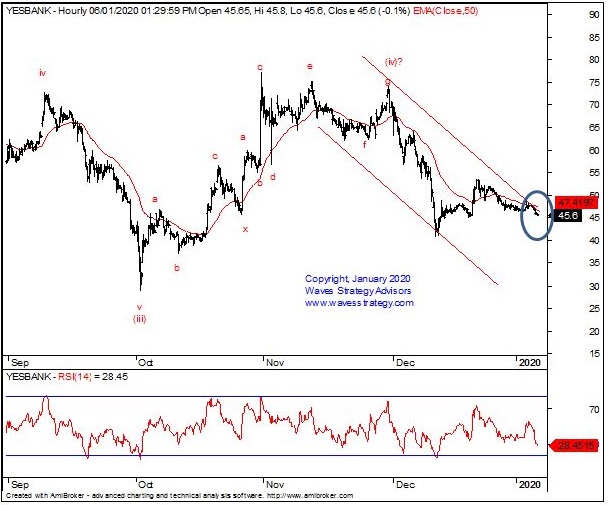 Wave analysis: Following was mentioned on 27th December when the stock was near 48 levels.

Yes Bank is in a downtrend since last November forming lower highs and lower lows. In the previous trading session the stock closed with a loss of 4.9% near 48.7 levels.

As shown daily chart, the stock seems to be trading near the channel resistance and has moved below the 20 EMA which keeps the bias negative. As per wave counts wave c seems to be unfolding in an impulse wave.

On the hourly chart form the wave perspective wave (v) is in progress which might be subdividing further. Price could continue moving lower towards 45 levels or lower.

In short, trend for Yes Bank seems negative. Price could slide lower towards 45 or lower levels as far as price do not close above 54 levels.

Happened: Prices moved exactly as expected reversed from the channel resistance and continued to crash. It made fresh lows near 38.20

Do not have time to track the markets. Get access to the daily advisory calls on Equity, Commodity, Forex markets directly via sms or Whatsapp. Know more here

I will be starting 3 months Mentorship from February 2020. Intention is to give away everything I have learned over decades that a trader should know. Discipline and application is the key for success as a trader. I will be taking only a few candidates. Register here