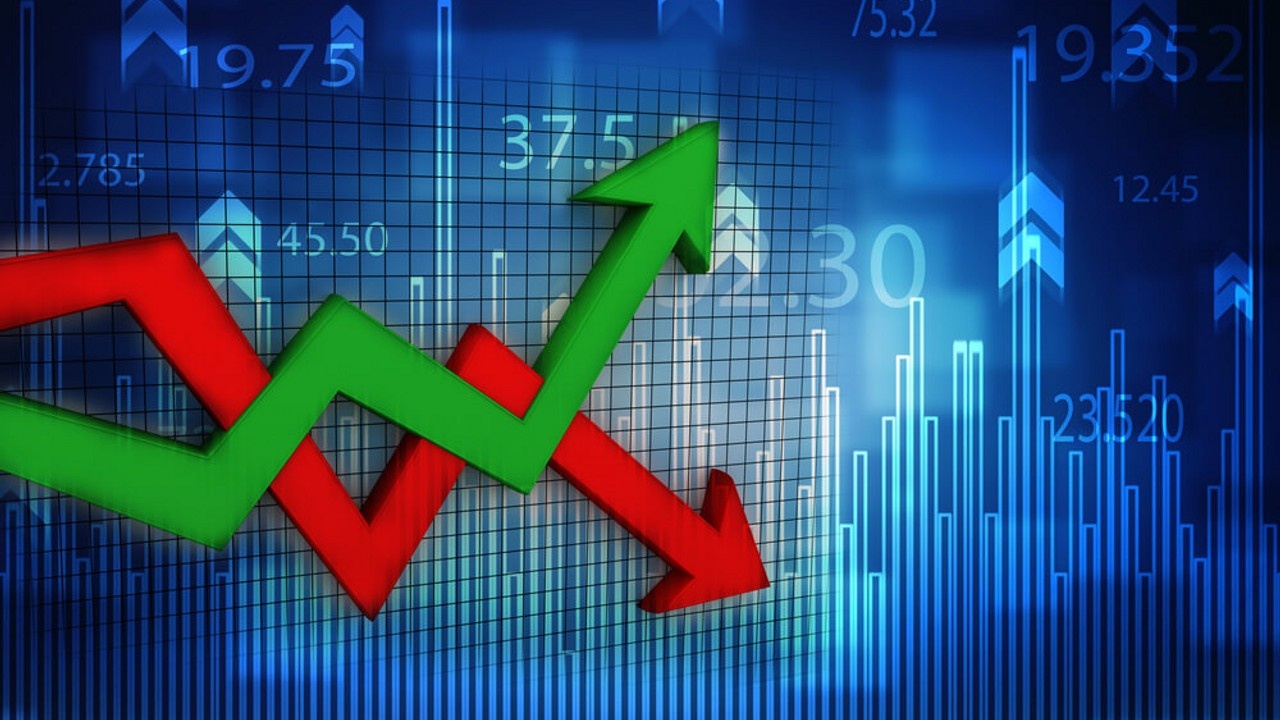 Datamatics has shown a sharp rise and exhibited classic Impulse rise as per Elliott Wave.

Many have been trying to enter the stock but we turned bullish just when the 3rd wave resuming up move after the brief consolidation.

We recently gave DATAMATICS call to our Momentum calls and research subscribers and the stock is up 17% within two days! checkout how we identified this winner. 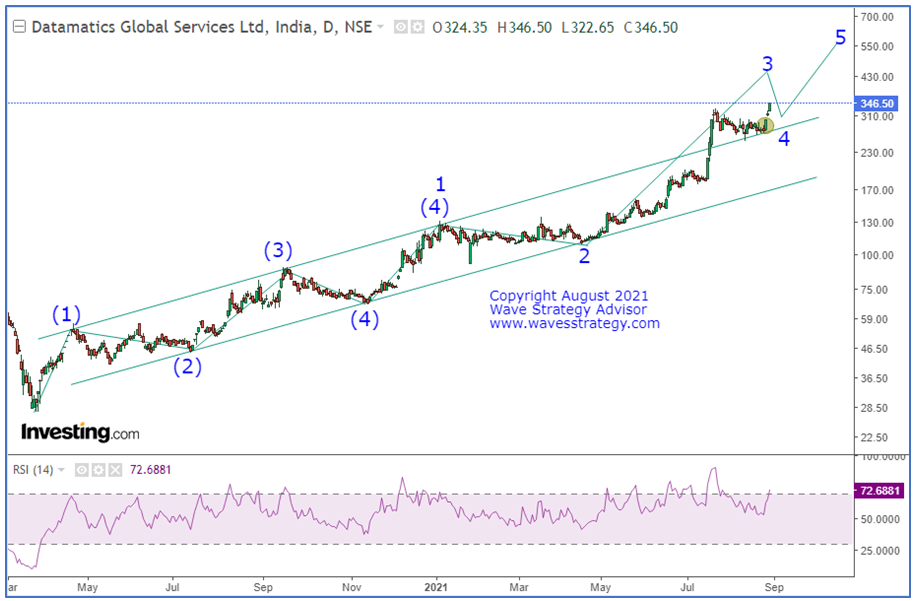 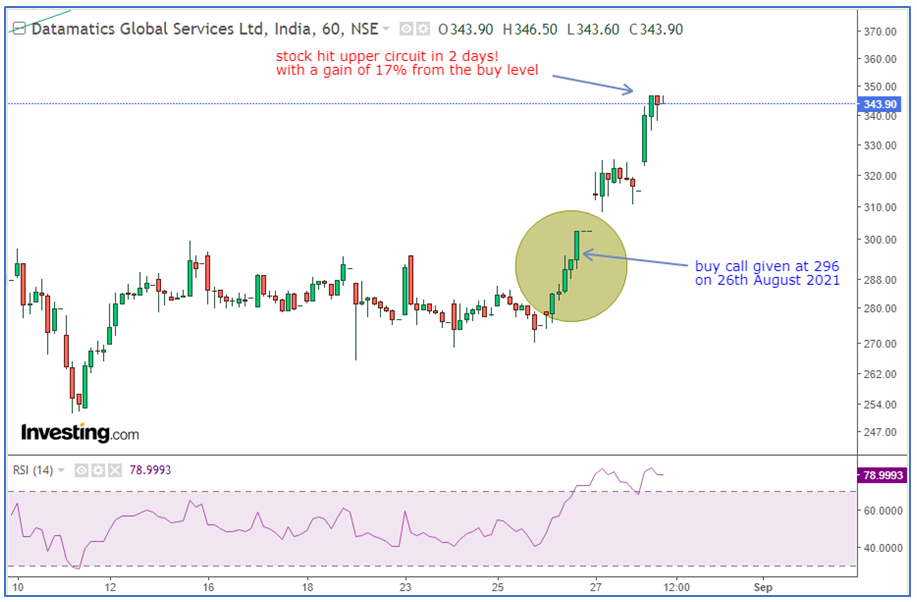 We had given the following call to our momentum clients on 26th August 2021:

On the daily time frame, we can see that the stock was in an impulse rise and its third wave was unfolding. Wave 3 itself seems to be extended which is often the largest wave in an impulse in terms of price movement. The overall rise since March 2020 was within the rising channel and in Mid-July this year prices broke above the channel and had sustained very well above it. This indicates a sign of bullish strength which was also confirmed by the shift in the range of RSI since May 2021 where it was taking support above 50 levels.

After the stock retested the broken channel trendline recently we drilled down to the hourly time frame where we gave a buy call above 296 levels which was the breakout of a tight consolidation range.

Happened: The call initiated on 26th August and within two days as on now the stock has made a high near 346.50 levels which is a gain of 17%!

Simply imagine one can trade only on the basis of 1 indicator which is Elliott Wave without combining it with any other tools. That is the power of Elliott wave method if one knows the correct application of the same.

Advanced Elliott Wave – Neo Wave and Hurst’s Time Cycles – 5 days to go for the Most Advanced Training on Elliott wave, Neo Wave, Hurst's Time Cycles Ever, Live Event on 4th – 5th September 2021, Time is now to trade with an Edge of wave theory like never before and select your own Momentum, Multibagger stocks using Simple Methods, easy to implement. Fill the form below for more details