Nifty Wave g = a Done, What is Next

Look at the below chart of Diametric pattern which is a 7 legged correction. The below was shown in the morning daily research report – The Financial Waves short term update 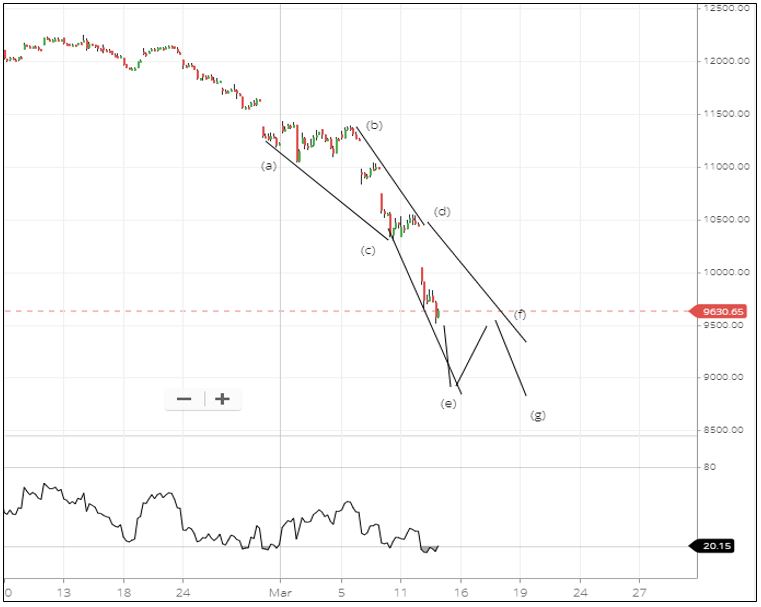 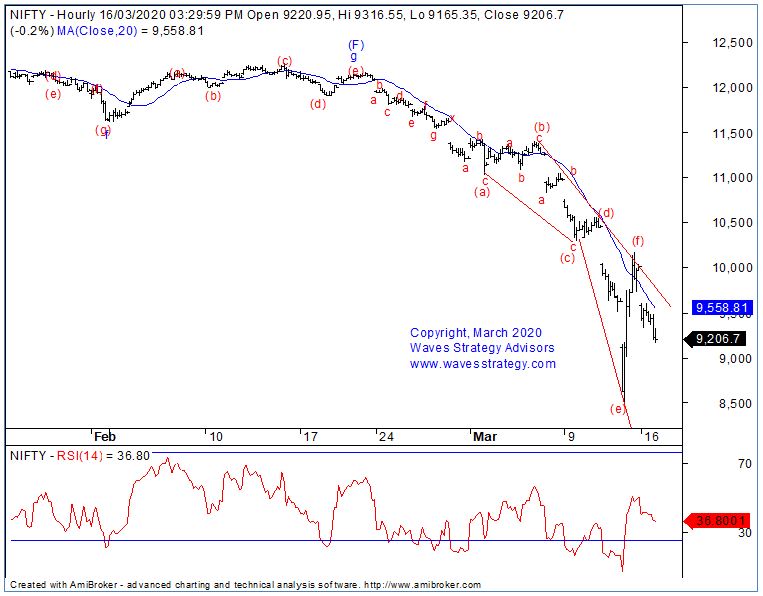 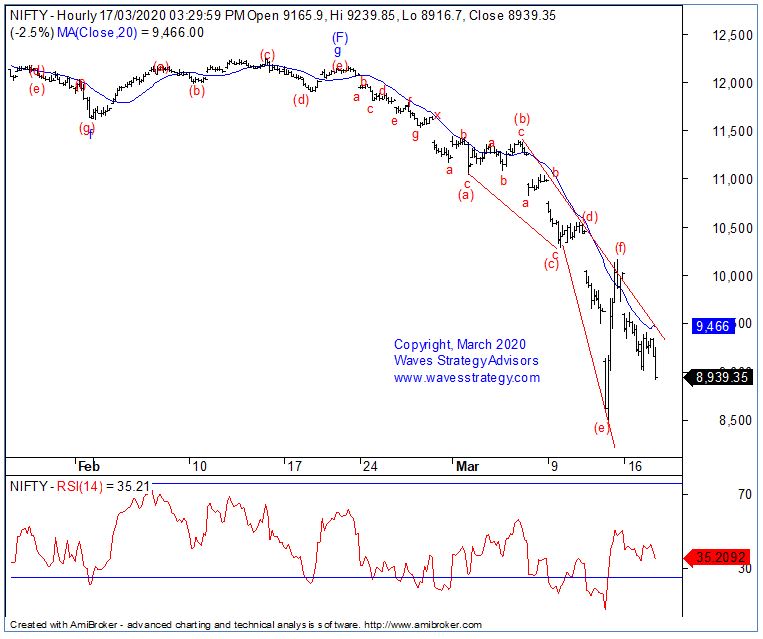 “In the previous session wave (f) seems to have completed near 10160 levels precisely as expected and now the move on downside has resumed in the form of wave (g). Equality target of wave (g) to (a) comes near 8900 levels. But refrain from creating any long positions and use these levels to only ride the downtrend. Existing short positions can now trail stop towards 9610 which is just above yesterday’s high. It seems far away but given the volatility one needs to maintain big stops to keep riding the trend. In a nutshell, Nifty continued to tank another day and lost 7.6% in the day. Price can continue to move towards 8900 levels or lower as long as 9600 holds on the upside.” BANG ON!

Happened: Nifty moved precisely as expected and moved sharply lower. The intraday low made is at 8915 levels which was the target area as per the above shown chart.

This is the power of Advanced Elliott wave. It is simply thrilling to see how precisely the entire trend is spanning out when majority is just focusing on news to derive their trades rather than charts when it is working with utmost precision as per the path shown in first chart.

“The Financial Waves short term update” is published daily showing the way Nifty should move and if you have been following us this down move provided the best opportunity in over a decade. It is not over yet. Get access now

Learn the power of Neo wave with Time cycles and equip yourself with tools of technical analysis in the upcoming Online module of Master of Technical analysis (MOTA) and Master of Elliott Waves, Neo wave with Time cycles (MOW). I will ensure you stop following the news and start trading the charts because this is what is required to be successful. MOTA starts in 4 days. Are you game! Know more here