Nifty Crashed, What is Next as Per Elliott Wave? 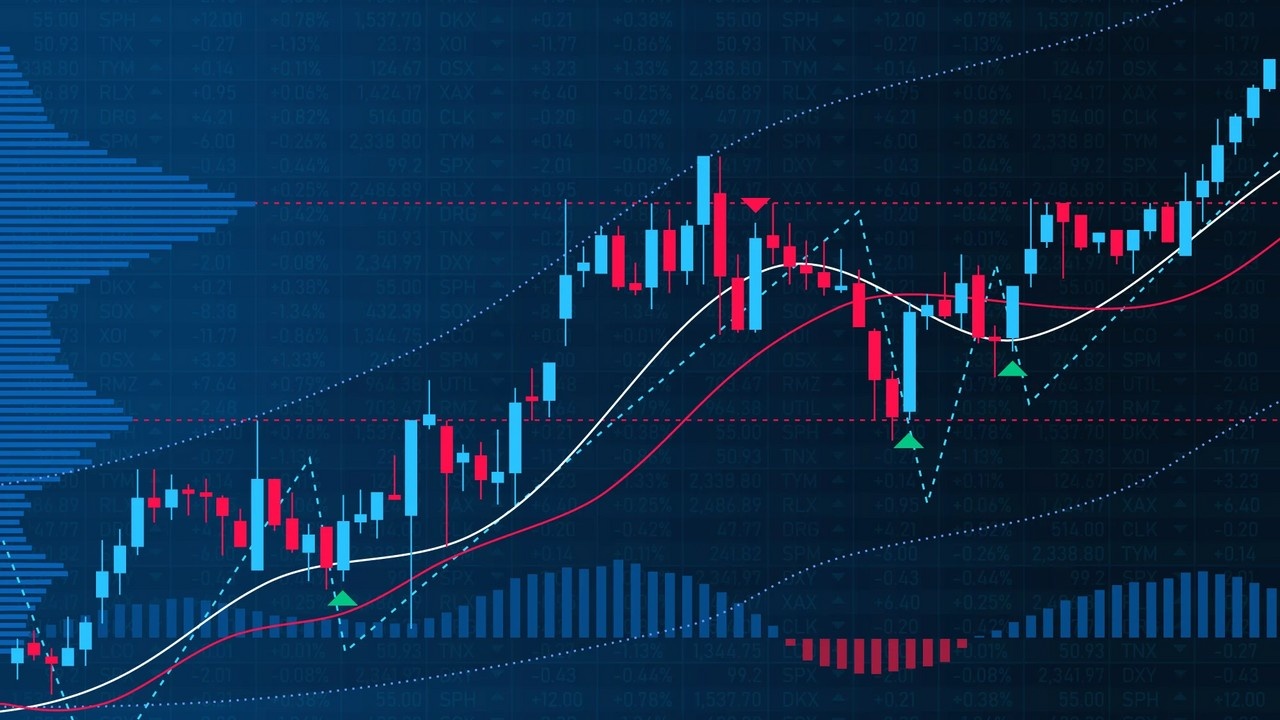 Nifty has been acting precisely in line as per Elliott wave - Neo wave patterns.

Majority are wondering why Nifty crashed but not paying attention to Time on charts. Nifty broke the low of 55 Days’ Time at 16900 which we highlighted in last week webinar as well. Diametric pattern working out brilliantly as per Elliott wave as well.

We published the following research on 14th December 2021 stating why it is time to sell, See it here again 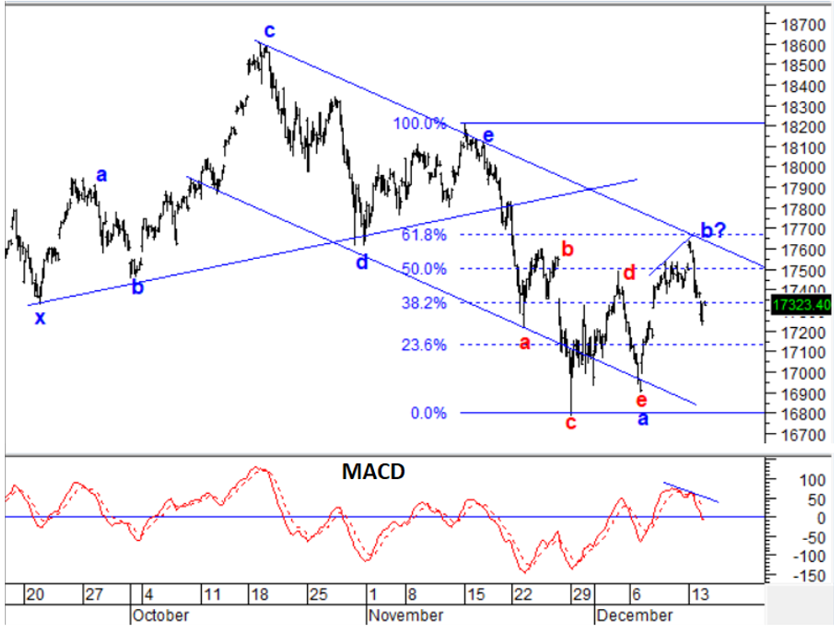 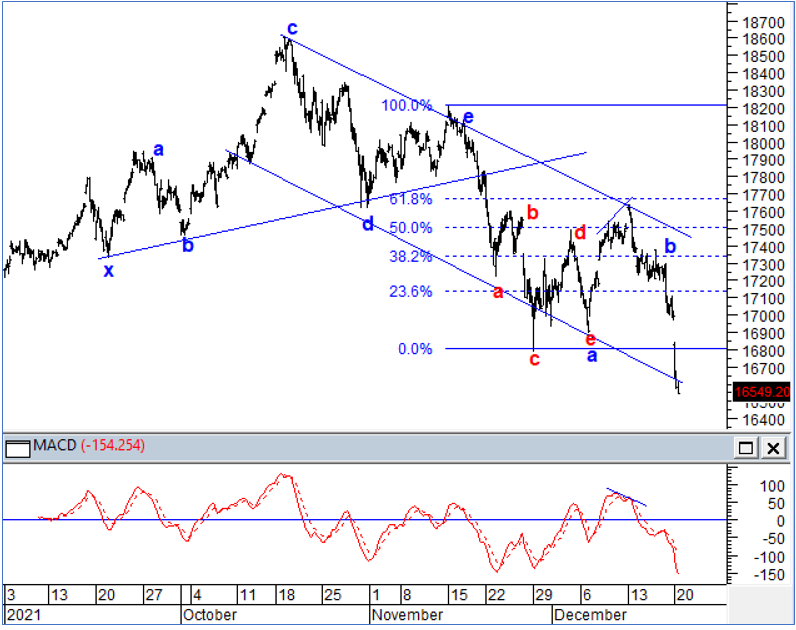 MACD Indicator – This clearly suggests negative divergence on minor degree from the highs and post that prices show a sharp reversal down. Now the MACD line is about to move below 0 thereby further indicating the overall trend can be sell on rise.

After we published the article on 14th December, Nifty precisely followed the Neo wave pattern we mentioned and has made a low near 16410 levels today.

Nifty moved down precisely as expected and moved even below the lower end of the channel today near 16410, Today's sharp fall has turned the 55 days cycle on the sell side but as indicators are oversold pullbacks should be used as selling opportunity. As long as 17200 - 17300 is intact on upside the overall tone will be sell on rise which we maintained since few weeks and it has paid out exceptionally well. Today's low near 16410 is now minor support and pullback is only relieving oversold state.

This clearly shows that by combining Price and Time tools one can form amazing trade setups and same can be seen in the research published on 14th December 2021.

The position was initiated around 3:15 on the same day and today morning Nifty futures directly opened near our mentioned target of 16800. In-fact it made a low near 16431 in futures. This is how effectively one can use wave theory to find good trade setups.

We are in a classic trending market again with ample of opportunities, Time is now to trade well. You can get access to the Equity calls with research report or learn the Elliott wave / Neo wave theory with Time cycles in upcoming Master of Waves (MOW) Season 3, Do not miss out on next big opportunity which is not very often